Celltechgen’s APOE Alzheimer’s Risk is to detect the presence of the APOE4 variant, which is associated with increased risk of late-onset (age >60-65) Alzheimer’s disease (AD).

Patient DNA is assayed for the APOE genotype by PCR amplification of a specific region in exon 4 of the APOE gene followed by digestion with restriction enzyme Hha I and separation of fragments by polyacrylamide gel electrophoresis. This approach allows the APOE E2, E3, and E4 alleles to be distinguished. Analytical sensitivity and specificity are >99.5%. Individuals are interpreted as having one of the following genotypes: E2/E2, E3/E3, E4/E4, E2/E3, E2/E4, E3/E4.

This test is to detect the presence of the APOE4 variant, which is associated with increased risk of late-onset (age >60-65) Alzheimer’s disease (AD). Testing may be considered for patients with dementia to supplement information from clinical and other evaluations. This test is not appropriate for children. APOE genotype results are E2/E2, E2/E3, E2/E4, E3/E3, E3, E4, or E4/E4. APOE genotyping supplies supplementary information for the clinical diagnosis of Alzheimer’s disease.

Alzheimer’s disease (AD) is the most common form of dementia in the elderly and currently affects more that 5 million Americans. It is a progressive neurodegenerative disorder with brain findings of amyloid plaques containing β-amyloid and neurofibrillary tangles. AD is a complex and heterogeneous disease, influenced by many genetic and environmental factors.

An early-onset variety in 1% to 5% of AD cases is autosomal-dominant and caused by rare mutations in known genes, including PSEN1, PSEN2, and APP. The predominant form of AD is late-onset (age >60-65), which can be familial (15% to 20%) or sporadic. The APOE4 (E4) variant of apolipoprotein E is strongly associated with risk of late-onset AD.

The development of late-onset Alzheimer’s disease is influenced by many factors other than APOE4, including age, gender, family history, level of education, and history of head trauma. Midlife cardiovascular risk factors in individuals with APOE4 also increase risk for cognitive decline. A number of genetic influences on Alzheimer’s development in addition to APOE4 have also been reported and are under investigation. APOE4 is also associated with poor outcome to brain trauma, and it can influence therapeutic response to drugs for AD

Negative for the APOE4 variant that is associated with increased risk for late onset Alzheimer’s disease (AD). APOE2 may have some protective effect against the development of AD.

This is not a diagnostic test. APOE4 increases risk of late-onset Alzheimer’s disease, but many patients with APOE4 do not develop AD and—of patients with late-onset AD—30% to 50% are negative for APOE4. This test was developed, and its performance characteristics determined, by Celltechgen Laboratory. It has not been cleared or approved by the US Food and Drug Administration (FDA).

Whole blood tube should be sent to the lab unopened. It is preferable not to perform additional testing on original tubes prior to PCR testing. A completed screening questionnaire must accompany specimens.

Be the first to review “APOE Alzheimer’s Risk” Cancel reply 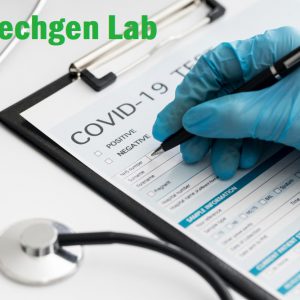